Full Name
Latoya Lewis
Job Title
Founder + Executive Director
Company
EnventU
Speaker Bio
Latoya Lewis tapped into a passion for event planning and design at a very young age. Initially drawn to the intricacies of the event creation process, Lewis has come full circle from honing her expertise in live event production and management alongside some of the industry’s top
influencers to now sharing her insights to inspire young people to discover and explore their own career pathway into the event industry in an academic setting.
Lewis began her career at Universal Music Group (UMG), where she oversaw and purchased over $1M in media ad buys and advertising campaigns for some of the biggest names in music entertainment, including Lil’ Wayne, Robin Thicke, Yeah Yeah Yeah’s, and The Black-Eyed Peas. She also coordinated third-party event opportunities for UMG artists valued at more than $700,000, including the All-American Rejects for Seventeen and JC Penny’s “Rock Your Prom” 2008 national sweepstakes. Lewis also implemented digital delivery of commercial creative to television networks saving UMG over $50,000 each quarter.
After a successful tenure with UMG, Lewis enrolled in the Masters of Tourism Administration program at The George Washington University. Upon completion in 2010, her talents were sought by the nationally recognized special events firm, Events by Andre Wells (EAW).
As an EAW Account Manager, Lewis coordinated, managed, and produced high-end weddings, corporate conferences, social events, conventions and more. Her milestone achievements include management of the opening for the Martin Luther King, Jr. Memorial and its 2400- attendee Dream Gala, and a celebratory dinner for more than 250 major donors of the National Museum of African American History and Culture.
After seven years with EAW, Lewis decided to pursue full-time a long-held passion to create a program high school students could engage in to be introduced to the live events industry. Originally launched in 2015, EnventU is a workforce development program that creates a pipeline to professions™ in the event industry for teens. Through focused career tracks and training, EnventU gives industry experts the opportunity to help cultivate the next generation of event professionals through hands-on learning experiences both inside and out of the classroom.
Under her leadership, over 150-students have been impacted by EnventU’s one-of-a-kind programming. Additionally, Lewis has partnered with a number of industry-leading organizations, including international audiovisual association, AVIXA, and media publication, BizBash. EnventU strives to be the premiere workforce development organization of the live events industry.
Lewis has been profiled by the Washington Business Journal, named a 2017 MeetingNet Changemaker, and accepted the 2017 BizBash Rising Star award on behalf of EnventU. She was also named a 2018 Connect Corporate 40 Under 40 recipient and recently awarded the 2020 Social Impact Award from the Events Industry Council.
Latoya Lewis is originally from Los Angeles where she received a Bachelor of Arts with an emphasis in music, business, cinema, TV and arts from California State University, Northridge. She minored in Pan African Studies. Lewis also earned a Master of Tourism Administration (MTA) with an emphasis in Event & Meeting Management from the George Washington University –School of Business. She graduated Magna Cum Laude in the spring of 2010. Lewis recently completed the Nonprofit Management Executive Certificate program at Georgetown University. When not building EnventU, she loves to balance her work life by hiking, going to live shows, traveling, and collecting unforgettable experiences.
Speaking At
Pipeline to Professions 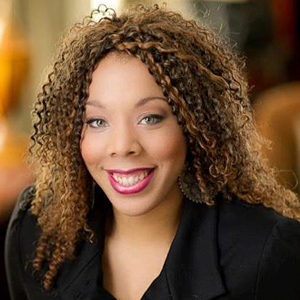